Carnivores and People in India

Vidya Athreya | The Hindu's Survey of the Environment, 2010
A Leopard captured in the Anamalais 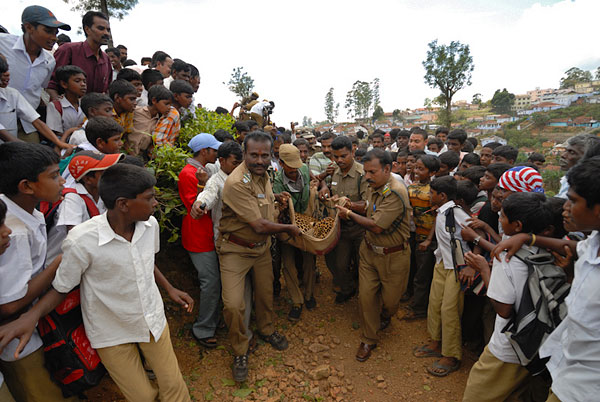 Kalyan Varma
Leopards are implicated in the largest number of attacks on people.

With their knowledge base far superior to that in India, countries in Europe are devising policies to deal with carnivores that do not understand man-made administrative boundaries. In India for the most part, the lack of political will has resulted in an absence of radical shift in policies which are necessary to ease conflict. However, some states are showing us the way forward. Jammu and Kashmir witnessed severe human wildlife conflict in the last three years. 100 people were killed and about 1000 injured due to leopards and bears. The conflicts mainly occur outside, among orchards, crop fields, villages, townships and even edge of cities and not inside Protected Areas. Abundant feral dogs and presence of thick vegetation allow leopards to live close to humans and the easy fruit availability, garbage dumps attract black bears. Confrontations between the humans and wild animals lead to loss of human and animal lives. Given the severity of the situation, the Forest Minister of the State Shri Mian Altaf Ahamad took personal interest to look for a practical and workable resolution and strategy to involve the community for dealing with the situation. The outcome is expected to be a novel one and community supported plan. The Department of Wildlife Protection, J&K has identified 100 high conflict zones (villages) and 50 moderate conflict zones (villages) based on conflict records. Five youths from each village will be put on engagement rolls and will form the interface between the Department and the village at the very first appearance or strike of unfortunate incident. In case of a conflict incident this group will be trained to manage the situation until the Department fully trained men and machinery reaches the spot. This will not only ease out the situation for the handlers to attend their job smoothly but will ensure the safety and security of the human life and property and life of precious animal too This initiative will also allow the villagers into the decision making process and increase their sensitization towards the issue of wild animals. This development only underscores how political will is necessary to bring about positive change to both people and wildlife, both suffering from losses due to conflict.

Can we make the wild animals live only inside man-made Parks?

The heart of the problem lies in the fact that we have not yet accepted that humans and wild animals have to share common space in a country like India especially when potential food is abundant near human habitations. Other countries have started thinking about this issue. The recent return of large carnivores into countries in Europe where they were wiped out from has fuelled problems with the local people who do not want these animals in their neighbourhoods. To deal with these problems, many countries in Europe have devised policies to deal with such situations. Firstly, they have invested heavily in research outside the protected areas to understand the root causes of conflicts, of both an economic and social nature. Secondly, there has been considerable investment in proactive mitigation measures to protect livestock from attack. In some cases this involves a return to age old methods involving shepherds and their dogs, while in other cases it involves the use of modern methods like electric fencing. Thirdly, the payment of compensation for damage once it has occurred is retained, but the system is designed to be rapid, transparent and fair. Fourthly, governments have invested heavily in establishing arenas where local people and management agencies can meet and discuss issues. Finally, management agencies are authorized to adopt flexible approaches to dealing with large carnivore conservation issues.

The present attitude of the Indian administration is largely authoritarian with respect to the local people; which has to be changed to a sympathetic one. There is also a lack of flexibility in adapting to local situations or to specific events. A combination of assistance in case of loss, incentives to the local people for living with the conflict causing species, combined with a combination of strict enforcement of laws and rapid and appropriate responses to serious cases like man-killing are needed  to secure the well being of both people and leopards. The focus has to be on prevention and not on knee jerk reactions. Incentives should be provided to the people who tolerate these species in their area. In the case of the large cats, subsidies in the form of protection sheds for their livestock can be given to people to decrease the accessibility of potential prey, making these areas less attractive for leopards. This also includes cleaning up our country with its abundant garbage that attracts dogs and pigs which in turn attract leopards, wolves and hyaenas.

The media also has to be sensitized about the potential consequences of their reporting style. Often media only report man-eating or man-killing stories which can have serious negative impacts on tolerance levels of the local people who have always lived with these species. This leads to the demand for inappropriate management actions, which in turn can have unfortunate consequences and may even intensify conflicts. None of this will help without both a philosophy and a policy that accepts that we have to share space with wildlife in our country. Only then will be start devising methods which will decreases losses to both, humans and animals. 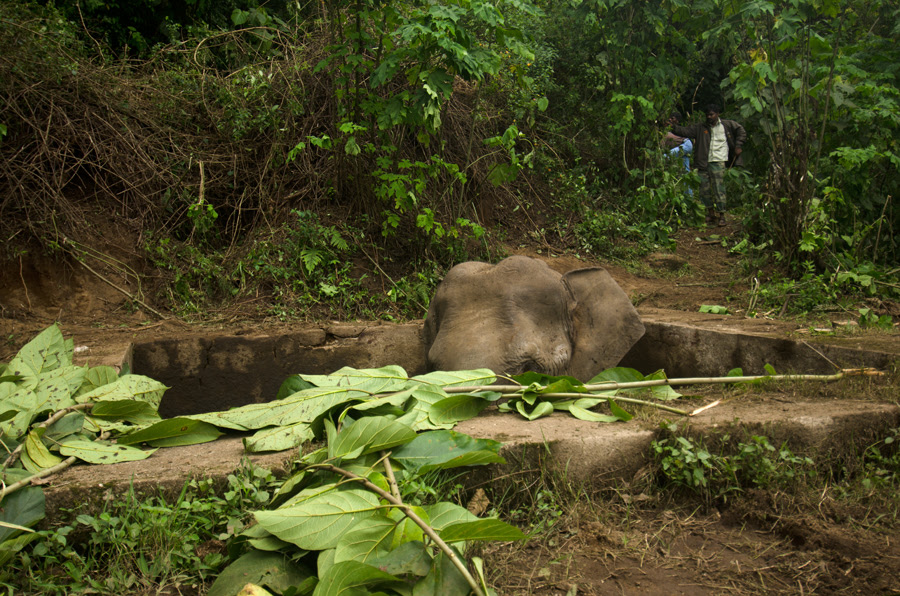